I'm having a crazy busy time at work right now so blogging is taking a backseat. But we have a team building session next week and I've been asked to give some fun facts about myself which I thought were actually quite fun (usually they are not!) and thought I would share them.
Name two things you consider yourself to be very good at:
I am an expert at making the most elaborate, comprehensive lists (anything from routine to-dos, to packing for a trip, New Years resolution, books I want to read, films I want to watch, recipes I want to try, restaurants I've been to and want to go to, lists I have yet to write, etc.) yet I am also a master of procrastination.

Who was your favorite musical performer or group when you were in High School?
Michael Jackson - I was a huge fan of his between the age of 12 and 16 and credit him for my early grasp of the English language as I learned (and translated) the lyrics of all of his songs.

What crazy activity would you like to try someday?
A zero gravity simulated space flight. I'm a closeted science geek and have always been fascinated by space travel and astronomy (I'm currently reading 'How I killed Pluto and why it had it coming" by Mike Brown - brilliant!) . As I don't think I will ever be able to afford a space flight (when it becomes available), a ride in an airplane for trainee astronauts/adrenaline junkies simulating zero gravity by dropping abruptly would be the next best thing.

Have you ever met a celebrity?  If so, who and how?
Gordon Ramsay - who winked, smiled and said hello to me in the street in London. I was as shocked as I was charmed.

Name one thing that not many people know about you:
I want to get a small aircraft pilot license. It's a huge time and money commitment but I wanted to be a pilot when I was a child and love nothing more than being up in the air so it's the one thing I hope to tick off my bucket list one day.

If you could smash one thing and one thing only, what would you smash?
My TV but only during the last presidential elections political debates. Nothing has ever made me want to be violent more than watching and unfortunately hearing Sarah Palin.

What is the name of the best movie you have ever seen?
The Dead Poets Society. It affected me so much when I first saw it aged 14 that I then vowed never to watch it again as it will never be as good as the first time or more poignant as it was to me as a young teenager.
Posted by Stephanie at 10:20 PM No comments: 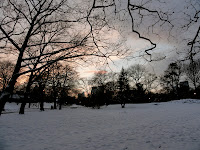 Winter can be a rather depressing time in New York - while the sun is usually blazing high in the sky, it is also incredibly cold, windy, snowy ... and overwhelmingly slushy.

Navigating your way around the City (even to the next block) involves awkward contortionist moves in order to avoid getting cold and wet feet/calves. Unless you have finally forsaken looking cute to instead be practical, as I have, and got yourself a pair of these amazing lifesavers.

But it is also the time when Central Park is at its most stunning and untouched. When you can walk around it for a couple of hours (as I did today with a friend), clutching a hot Starbucks coffee to keep yourself warm, pausing every so often to admire the dramatically bare trees, the snow covered fields, the iced-over lakes with the ever present backdrop of the City buildings glittering gently in the surreal pink and orange hues of the early sunset light.

It makes the discomforts of winter all worthwhile. A hundred times over. 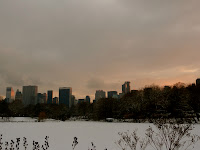 Posted by Stephanie at 9:17 PM No comments: 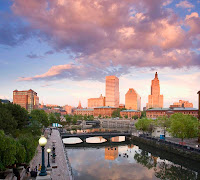 I always feel a little introspective as one year ends and another begins - as I'm sure we all do.

I can't believe I have been here for nearly 4 years already. It went so quickly yet feels like a lifetime. Not only because I can't imagine living anywhere else but in New York now but also because I have grown up so much in my time here.

It certainly wasn't an easy journey - moving by myself to the most exciting but also intimidating City in the world, falling in love when I least expected it only to have my heart broken almost beyond repair, powering through career and cultural challenges, forging new friendships, becoming fiercely independent, traveling more than ever before. And amidst all of that - countless fun nights out, entertainingly passing flings, girlie get-togethers and sharing my new home with friends and family who visited ... I wouldn't change any of it, not even the really hard parts, but in hindsight 2010 was my best year in New York yet - the one when I finally felt settled, happy, secure and had the energy and the right state of mind to really make the most of this incredible City and enjoy it thoroughly.